Superfoods- do you need them? 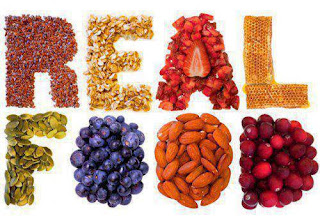 In today’s world, where people eat sub-optimal food daily, a superfood can be loosely described as a food that has high nutritional value- it packs more punch per mouthful of vital nutrients than, say, your average apple or slab of meat, let alone an Arnotts biscuit or bowl of noodles. Superfoods are being marketed strongly, and tend to be along the lines of “special” foods which can be marketed by companies- making them a lot of money. Foods like acai and goji berries, green powders such as spirulina and barley grass, cacao powder, maca, and various supplements such as MSM and marine phytoplankton. While these foods all have high nutrient value.....there are also foods which have been used for thousands of generations which you do not need to buy in an expensive packet from the other side of the world, which will boost your nutrient intake.

Foods such as organ meats. Did you know that in some traditional cultures, especially during times of abundant food, only the organ meats were eaten? The muscle meat was thrown to the dogs! For example, liver is a superfood which have been valued by our ancestors for its high nutritional content. It was given to pregnant women, as well as children and elders, and highly valued. Of course, there is no marketing budget for it, but it is a traditional superfood.

Homemade bone broth is another superfood. Yes, again it is meat based. There are no traditional vegan cultures as far as I know- we are made to eat a range of foods and animal foods provide us with many nutrients that are much harder to find in a vegetarian or vegan diet. Bone broth can be made with just bones, or with bones with meat on them. It is simmered for long periods of time, and the bones release their marrow and start to soften and dissolve into the broth- this can be very beneficial for our own joints and bones. Along with what is added to the broth, this contributes to a very nutritious soup base which is definitely another superfood that has been around for a long, long time.

There are a range of superfoods that contribute to a healthy gut, and which have been enjoyed in many different cultures. Beneficial bacteria have been valued for the health benefits they bring. From yoghurt, to milk kefir, water kefir, kombucha and also fermented vegetables....these foods give our guts a boost and healthy gut bacteria are extremely important for our immunity, for allergies, digestion, brain health, candida...and with modern anti-biotics killing off the good as well as the bad, we need to make sure we are restocked regularly, especially when we have chronic illnesses.

Another superfood that has been eaten for millenia is mushrooms. Various types of fungi - reishi, cordyceps, maitake, shiitake, lion's mane- are high in ploysaccharides and super immune enhancing components, and are used as adaptogens- which means they help the body’s resilience against illness. They have helped in cancer and other illnesses. You can add shitake mushrooms to soup and the dried version is fairly inexpensive in Asian food stores.

Kelp and other seaweeds such as dulse, nori, hijiki, bladderwrack and chlorella provide valuable trace minerals for the glandular system- the thyroid and adrenals- the hormonal and immune systems. They can help the body detoxify, lower cholesterol, and decrease the risk of cancer. Since minerals are often lacking in the modern diet, adding sea vegetables to the diet can be a great insurance for good health.

Bee products are also a very natural beneficial superfood. Bee pollen is the most complete food found in nature containing vitamin B-9 and all 21 essential amino acids, making it a complete protein. Raw honey is rich in minerals, antioxidants, probiotics, enzymes, and one of the highest vibration foods on the planet.

For most people, eating a wide range of fresh unprocessed foods would be a good step in the right direction of good health. Bringing in the good stuff, will naturally allow the bad foods to drop away- the white flour and sugar in particular. Filling the body up on the nutrition it needs will eventually eliminate food cravings for unhealthy foods. Adding high density nutriition to the diet in the form of either traditional or highly marketed superfoods can help “fill in” the nutritional gaps in the modern diet and help us along the road to optimal health.

I see that modern superfoods are a compensation of sorts for the lost wisdom of our ancestors that we have rejected in the name of scientific progress and dietary recommendations that are based on incomplete information, theory, and lacking the context of historical diets. In all traditional cultures there have been some foods which have been highly valued and traded. At the end of a long cold winter of salted dried meats- fish, nuts and berries, green nettles or other spring greens were a welcome food, giving nourishment, cleaning the digestive tract, detoxifying the liver and replenishing the blood ready for the active season. Historically, inland tribes on every continent would trade with coastal tribes for various foodstuffs that would have included the iodine and trace minerals in seafoods. Salt was a highly valued foodstuff- it is essential to health, to the extent that it was traded for gold in Africa and for slaves in Greece.

Eating a wide range of foods is important, and in Australia and the U.S., the range of foods that make up the bulk of the diet is generally suprisingly small, considering how much access to good food we have. Wheat, corn and soy are a large aprt of many people’s
diets. For pregnant women, children, and people recovering from illness, super-nutritious foods are a great way to ensure an adequate diet. However, for most of us, and espeically those seeking optimal health and to prevent future illness, the addition of more highly nutritious superfoods can be beneficial.

Email ThisBlogThis!Share to TwitterShare to FacebookShare to Pinterest
Labels: Nutrition