The Trouble with Gluten 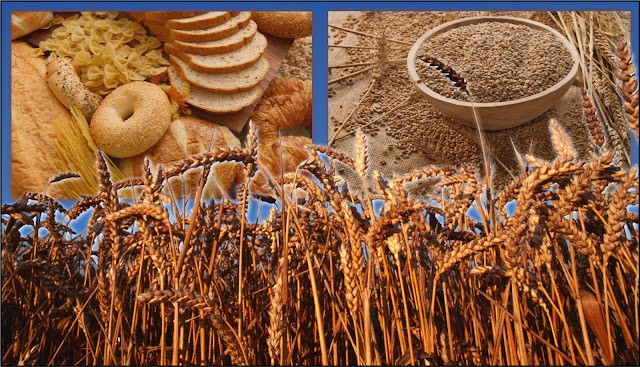 I recently noticed an advertisement for a Coles Gluten Free Expo at the Perth Convention Centre. It was run with Caeliac Western Australia. Most of the Exhibitors were food companies cashing in on the rising numbers of people who are becoming intolerant to gluten- whether caeliac or not. Have you noticed the more prominant displays and shelf positions of processed gluten free foods lately? Gluten intolerance is becoming epidemic, and it is Big Business.


Not that I recommend processed foods as alternatives to gluten containing ones- however, it is a sign of the times. A study published in 2009 in the peer reviewed journal Gastroenterology compared 10,000 available blood samples from individuals 50 years ago to 10,000 people today and found that there has been a 400% increase in the incidence of full blown celiac disease. That is the tip of the iceberg of gluten sensitivity.


Caeliac disease and other gluten problems
Caeliac disease is only one auto-immune condition that is directly attributable to gluten consumption. Gluten intolerance is a highly researched and well published issue that has yet to be fully embraced by the mainstream medical profession. Most gluten intolerance - up to 99% according to some estimates - is currently undiagnosed, and it does not always result in full-blown digestive disturbance.
A 2002 review paper in the New England Journal of Medicine found that 55 diseases are known to be triggered or exacerbated by gluten. These include: heart disease, cancer, nearly all autoimmune diseases including Hashimoto’s (autoimmune thyroid disorder), osteoporosis, irritable bowel syndrome, as well as many common psychiatric illnesses, including anxiety issues, ADD, bipolar disorder, depression dementia, schizophrenia, migraines, epilepsy, Parkinson’s,  neuropathies, and most other degenerative neurological disorders…as well as Autism (an auto-immune brain disorder). Those with caeliac or other gluten sensitivity have a significantly higher risk of death, especially from cancer and heart disease. It is hard to believe that our daily bread can cause such harm.
The Western Australia Caeliac Society says that 1 in 100 West Australians are caeliac, but that is a very conservative estimate that does not include non-caeliac auto-immune gluten sensitivity, which is far more common.

What is gluten?
Gluten is a substance found in many grains such as wheat, rye, barley, spelt, kamut and triticale. It is typically present in oats due to being processed with the same equipment as wheat, and similar reactive substances are also found in corn products. Gluten is the substance that gives bread and baked goods their sticky elasticity, fluffiness and chewiness.
Why are large numbers of people now reacting to gluten? One reason is that there have been significant modifications to strains of wheat in the last 50 years, giving them much higher gluten content. Another is changes in preparation of grains for consumption- modern commercial bread is left to rise for much shorter periods of time than was traditional, which means the gluten is not given enough time to soften and become more easily digestible.  Another is increased genetic susceptibility- 30-50% of people carry the caeliac disease gene, and 8 times more people with caeliac disease show no obvious digestive symptoms than do.
Gluten could be considered a “gateway” food sensitivity. The gut wall reacts to gluten by becoming permeable, called “leaky gut”, which allows other substances to enter the bloodstream, causing adverse reactions.
Can you be gluten intolerant without realising it? Yes, definitely. Can you be tested for gluten sensitivity? Yes, however the results have a high false negative, and  test for only one aspect of the gliadin molecule. If you are sensitive to other parts of the molecule, the result won’t show.
For myself, after being diagnosed with Hashimoto’s thyroid disease  in 2010, I went off all gluten. I had no digestive symptoms, and no other clue that I might be gluten intolerant. However, within weeks, aches and pains that I had just become used to as a sign of aging, disappeared, and I just felt better, more clear headed, with more energy. That alone was significant enough to convince me that there was something to this gluten thing. Thousands of others have had a similar response.

Gluten and History
Eating grains in any large amounts is a fairly recent event evolutionarily speaking. It has been shown through fossil remains that our hunter gatherer ancestors, who have been around for a couple of million years, were healthier than the relatively recent agricultural human who became shorter in stature and far more likely to be diseased. We have adapted to eating grains for a large part of our diet to our detriment, although growing grains became a practice that allowed us to live in higher density communities- now cities.
Traditional cultures learned to prepare grains by soaking them, which develops enzymes which modify the grains’ starches and proteins to make them more digestible, and nullifies properties in the grain called “anti-nutrients’, which make them difficult to digest. We have now shortcut this longer preparation process, and this has come at a cost. Recent changes in wheat strains, the commercial processing of grains, mass production of bread, loss of traditional preparation of grains, and genetic susceptibility, have led us to this point of many people no longer being able to tolerate a “staple” food of our modern culture.
Another aspect to gluten containing grains is that gliadin has opiate qualities and binds to the opiate receptors in the brain. This is why people crave bread- it is a genuine addictive response, and it doesn’t create a high- it creates a sense of hunger. This craving can cause people to eat over 400 calories a day more than they need, and is related to obesity, even in people who try to eat more wholegrains, as is the conventional advice. Thousands of people who have given up gluten have found themselves losing weight effortlessly. It has also been shown repeatedly that wheat raises blood sugar considerably, and yet even diabetics are told to increase their wholegrain consumption.
We now have in much of the Western world an obestiy epidemic and a rising problem of diabetes, even in children. What has caused this problem when we have so many dietary recommendations? Recommendations from nutritionists in the last 40 years have been to cut right back on fat and to eat plenty of grains and other carbohydrates. These recommendations have not appreciated the problems with wheat since the 60s and how high carbohydrate diets cause problems with blood sugar, with a mass burn out of our pancreatic beta cells.  Recent data has also shown that fats are not the problem they were painted to be.  Please see my next blog post for the benefits of healthy fats in the diet.

My recommendation
So what is the solution here? How can we determine whether gluten and our grain consumption are causing problems for us individually? There are a few possibilities one can try.

At the very least, it is important to prepare gluten containing grains so that the anti-nutrients, the phytates, are eliminated, transformed. When bread is allowed to ferment for 12-24 hours before being cooked, the proteins break down and the bread is much easier to digest. This is an approach that may work for some, but not all, people.

I would recommend that for at least 3 months, to eliminate all wheat and gluten containing grains (barley, spelt, rye, kamut etc) from the diet altogether- but to allow rice. The trick here however is that it needs to be 100% gluten grain elimination, as even a very small amount of gluten- such as that in a few crumbs of bread- can trigger inflammatory reactions in many people, although they may not realise it at the time. Allowing rice is a convenience that makes gluten elimination easier, especially in social situations.

For many people however, especially those who are not well, leaving all sugars and grains, most fruit and even potatoes may be necessary, so that the inflamed and damaged gut can heal and the body can recover.  This diet is not as dire as it may sound...a diet based on abundant fresh as well as cultured vegetables, low sugar fruit such as berries, free range meat, fish, and raw/cultured dairy (for those who can tolerate dairy), is a nourishing and delicious way to eat, and quite doable.  This approach is similar to how our bodies were designed to eat from thousands of years of evolution- as a grain based diet is a relatively recent phenomenon evolutionarily speaking.

There is now a wealth of information and recipe books available for a "paleo"type  diet. The documented results of a gluten elimination diet have been astounding for many thousands of people. From easy weight loss to lowing of bad cholesterol - stable blood sugar, loss of aches and pains - more energy - healthy digestion and elimination - alleviation of depression and mood disorders - lessening of inflammatory conditions - relief from arthritis and auto immune conditions and a general improvement in well being and outlook.

There are many things that can be done to support the body to re-callibrate, to heal the leaky gut, and to rejuvinate itself. The villi of the intestines often become flattened and unhealthy in those on a high gluten/grain diet. The digestive bacteria are often out of balance. Without some help, these do not easily heal. Eating healthy fats and probiotic containing foods such as yoghurt, kefir, saurkraut and others, helps to repopulate the digestive tract with a vast array of healthy micro-organisms which can eventually re-balance the gut and even control candida overgrowth and restore healthy digestive function. The immune system is highly dependent on healthy gut flora.

Gut health is primary to the health of the whole body. What we eat does matter, and long term dietary habits can have serious consequences. There have been political and economic influences by big agri-business on the modern dietary recommendations, and the many daily servings of grain products recommended are far more benefit to the pockets of business than in our best interest.  Could you be suffering the ill-effects of long term gluten and grain consumption?